My favorite place to go hang out for an extended period of time is definitely Lake Tahoe. Lake Tahoe is situated about 6000 feet in Elevation near the Sierra mountains, and sits right on the border of California, and Nevada, two states in the United States of America. Growing up in the Northern California area, Tahoe was always one of the best places to go visit during the hot summer days as well as the cold winter seasons. In Lake Tahoe, there is always something to do no matter what day of the year it is.

During the summer seasons, my mother, father, and I would take out the family boat to the lake, and go fishing off of the edge. Granted, I was an outgoing little youngster, so I would probably scare a lot of the fishies away just by jumping off of the boat and into the way time and time again as well as swimming around kicking my feet, no doubt causing disturbances in the water that the fish could easily avoid if they wanted to. But, fish aren’t the smartest creatures, and my dad was an excellent fisherman, and would regularly catch a couple fish each time we took the trip out onto the boat. 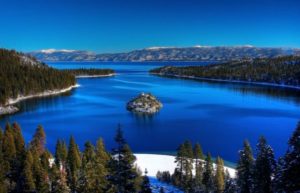 Now, my father was a somewhat wealthy individual after years of owning a couple businesses and real estate properties, so, when I talk about his boat, it was actually a pretty large behemoth. Big enough here we usually brought on an entire barbecue to the boat, and even had a fish gutting station where we would clean up the fish, and then slow cook it on the barbecue and be able to eat it right there on the lake. My mother was actually a fantastic cook, and after a few of these trips onto the water, she got the idea to start making sushi rolls made out of the fish that we caught and the excess food that we brought on board with us.

After years of actually developing my taste pallet, I discovered that sushi rolls are literally the best food that there is in the world, without a freakin’ doubt in my mind. Raw fish, cooked fish, fried fish, flavored fish, whatever the type, I was a fishaholic. The sushi gave me energy to keep me swimming all day long, while my dad would be enjoying himself fishing, and my mom would enjoy herself cooking, there was nothing better than these days out on the water, practically isolated. If you have ever been to Tahoe, you will realize how monstrous of a lake it truly is. And boy, is it deep! 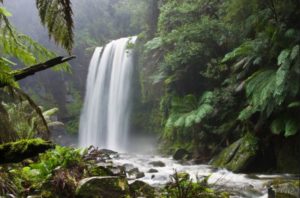 It was on these vacations where I developed a desire to be outdoors, and especially, near the water. While I fancied myself as a swimmer back in the day, my dad was able to coax me into fishing by being submerged in the water while holding a fishing pool. There is nothing better to me than reigning my domain on a fish, reeling him in while under water, then looking it in the eyes as I say to it, “I win.”

Naturally as humans, I personally see it as we sometimes need these little victories over the minor species in life to stay sane. It’s like a little purge to me. For those of you that have seen the movie “The Purge,” It’s a fictional concept taking place in the good ol’ U.S. of A, where the politicians decide that the country is too stressed out. The pass a law that proclaims one days a year where there is absolutely no laws, drugs are legal, rape is legal, kidnapping, and even murder is legal. This, all in the name of allowing the population to let their stresses out and have a release. Fishing is my release. I purge fish to stay sane.