After our initial alcohol infused outing was performed, many, many times in that one night, we woke up the following morning all sleeping in the same bed together. Often I will hear people say that after one of these sexual experiences that happen due to the presence of alcohol, the people will wake in the morning with a sense of awkwardness between them. Surprisingly, after we awoke in the afternoon together, there was a sense of unification between us. During that first year at UC Irvine, we had already become close friends with eachother, and shared the same passions. After that crazy night, our bond grew, and we were able to talk about our feelings completely openly with one another. Not a single one of us felt a feeling of regret, in fact, we all seemed to be delighted with what had happened, and Emma even said that it felt right.

Normal society does not really hold gay relationships highly, and certainly, three way relationships are something completely out of the ordinary. After this night, Emma started to hang out with Brett and I much more often. We all lived in the same building, and it got to the point where after about a month of a fling, Brett and I talked, and we asked Emma if she wanted to move in. Now, at this point, we had not had our sexual fling again since the night of craziness, but as the nights came dim, there was always tension between us. I think me being somewhat reserved in sexual communication, and Brett’s seeming commitment to me, and Emma being an outsider in the relationship, nobody wanted to cross any boundaries again. But the night Emma moved in, our sex life came together again, and regularly every night, we were having threesomes.

Within one month of Emma living with us, it just sort of happened to the point where we were all treating each other like we were in a relationship with each person. Emma and I started having sexual flings with one another, and Brett and Emma would do the same. There was no longer any commitment to one person in the group, and we were all okay with having sexual experiences with each other. But, undoubtedly, the best times were when all three of us were participating.

Our relationship just naturally started forming together, and I consider myself to have a boyfriend, and a girlfriend. We have been together for 15 months now, and I see a bright future together for the three of us. Brett is headed into his last summer studying for an environmental science degree and will be graduating in the Winter. Emma is studying Environmental Law, and will be transferring schools next Fall, keep your fingers crossed for her you guys! I am headed into my final year and will be graduating in the summer with a Environmental Science degree.

Our daily relationship will usually go like this. We all wake up in the same bed. Brett usually sleeps in the middle, but it varies, I sometimes will, Emma does not like being smothered so she stays on the outside usually. We wake up, we have a tremendous rotation where we will each take turns making breakfast or brewing coffee for our other two-thirds. We set up our classes this semester where we are all at school Monday through Thursday, from 8am-2:30 Pm, so we are able to carpool to campus together, and come home together. Sometimes I will stay on campus later and catch a ride with another friend after a study sesh. Brett and Emma are so smart, never really studying, and just able to do homework, read their lessons, do their projects, and pass all of their classes with high A’s.

After school, sometimes we will split up, hang out with other groups of friends. We are all now 21 years old so occasionally we will go out for drinks or to parties. We love the quiet life too though. My outdoor spirit is kept alive through the both of them. Two to five times per month, we will take a trip together to some out of pocket area. We roam forests, we fish on lakes, we set up tent hammocks in the trees and spend the night up high in the sky, we go rock climbing, we go traveling around the west coast of the U.S. all over, and there is no two other people I would rather be spending every day of my life with. 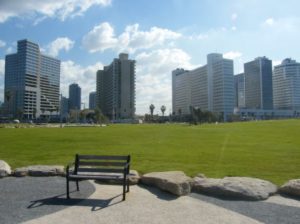