On Sunday, 188,000 people were evacuated from the towns surrounding California’s Oroville Dam, after the discovery of a hole in the main spillway raised fears of flash floods and large-scale deluge. How dangerous is the situation? What’s being done to fix it? How long are the evacuation going to last? These are just a few of the questions we’re looking to answer. 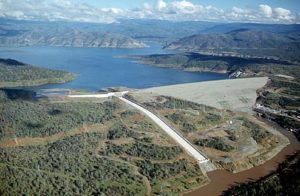 Where is the Oroville Dam?

The official Lake Oroville website (lakeoroville.net) informs us that the Oroville Dam was built between 1962 and 1967, standing tall at 770 feet, the tallest dam in the United States. It is situated about 150 miles northeast of San Francisco, in the Sierra Nevada foothills. The main purpose of the dam is to supply water, generate electricity and provide flood control, by keeping in check Lake Oroville, one of the biggest lakes in the state of California.

What’s happening at the Oroville Dam?

After heavy rain this winter- Lake Oroville water levels have risen considerably, threatening to overflow the dam, which has led to water being evacuated through the main spillway.

The dam has two spillways to release water in case of overflow, but both spillways seem to have problems. Last week, a 200-foot-long, 30-foot-deep hole was discovered in the main, concrete-lined spillway. The hole is believed to have appeared because of erosion and negligence, and, because of its dimensions it cannot be fixed quickly.

Thus, the secondary spillway, an emergency fail-safe that looks like a tree-covered hill, had to be used for the first time in history, on Saturday, when the water level in the lake reached 901 feet, filling the dam to capacity.

Why is this problem?

The dam itself does not appear to be in danger, but officials are afraid of this emergency spillway being damaged by erosion, releasing an uncontrollable flow of water. All low-lying areas along the Feather River in Butte and Yuba counties could be affected.

It is not clear yet how this situation is going to affect future water releases from the dam, especially in the hotter spring and summer months, considering that Lake Oroville supplies water for half of California’s residents and millions of acres of farmland. 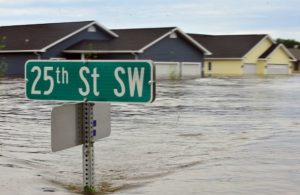 Peter Gleick, a water researcher at the Oakland-based Pacific Institute, interviewed by USA Today, appreciated the gravity of the situation and said that, at present, the possibility of a disastrous flood overshadows the water supply problem. What’s certain is that the way the authorities manage the situation now could dictate how “manageable” the damage is going to be in the coming weeks.

What can be done to fix the situation?

At the same time, helicopters are dropping bags of rocks into the hole on the primary spillway, hoping to plug it, but, according to California Department of Water Resources Acting Director Bill Croyle, how long this takes depends on the dynamics of the watershed.

He also estimates the costs of the repairs at $100 million to $200 million, not including the extra damage to the secondary spillway, so the costs keep going up with each hour in which the situation is not contained. 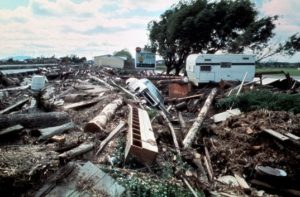 Roger Bales, an engineering professor and director of the Sierra Nevada Research Institute at the University of California-Merced, cited by USA Today, says that the repairs might take months and that, if the repairs span over the summer, the reservoir will probably be operated at lower capacity.

After the evacuation, the urgency subsided, but the threat is by far not over. Rain is announced for the second half of the week, starting as early as Wednesday and officials hope to lower the lake levels by 50 feet in anticipation of the rain.

There’s still no news about how long the evacuation will last. What we do know is that water is expected to flow over the primary spillway for about two days and that inquiries are going to be made into why 12-year old reports produced by environmental agencies, referring to problems at the Oroville Dam have been overlooked by those in charge.